Music graduate Hilda Lam’s love affair with song springs from family and the welcoming community at the U of A’s Augustana Campus. 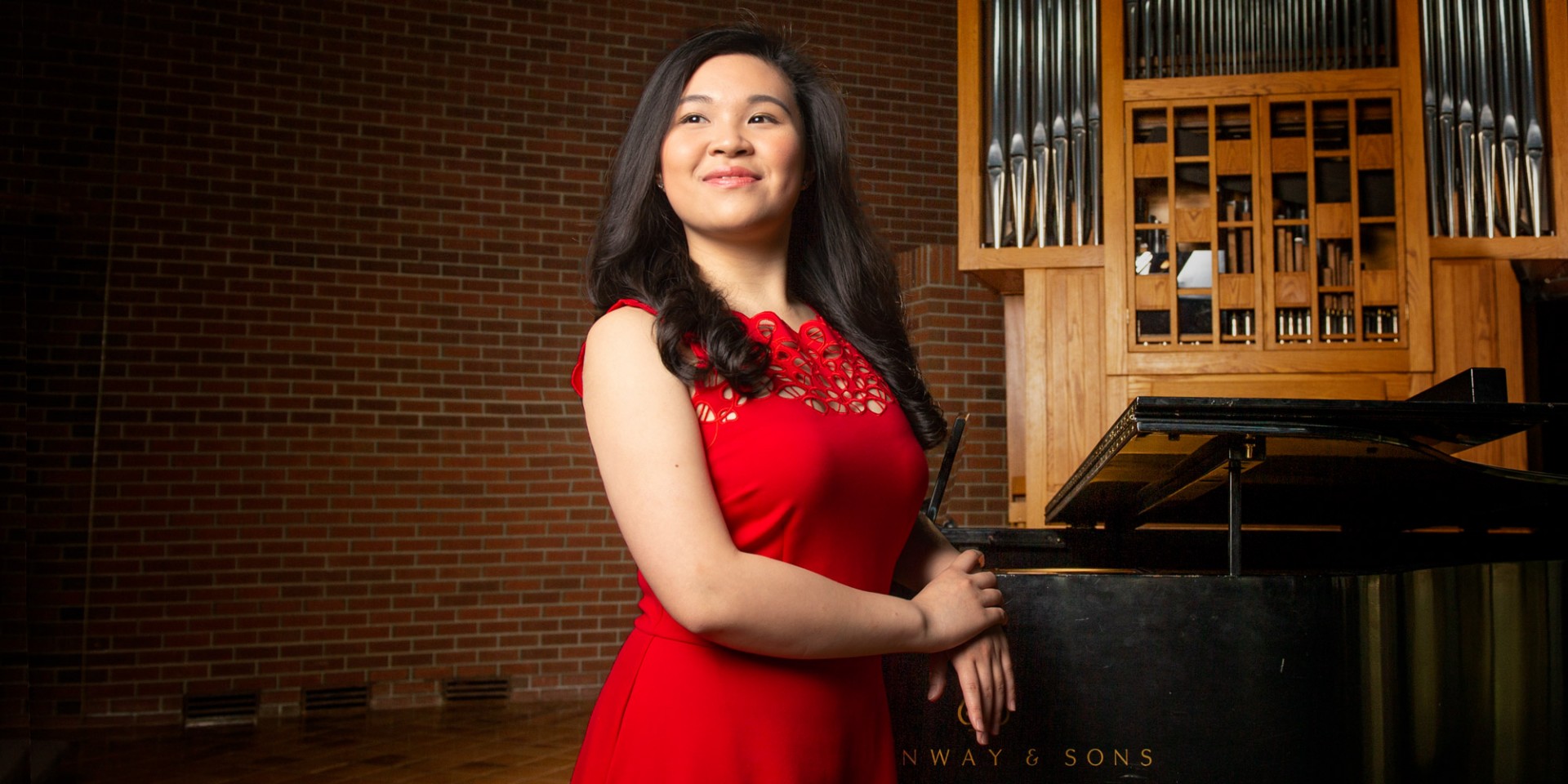 Hilda Lam chose the U of A’s Augustana Campus for its exceptional music program and its nurturing community—something her father also appreciated when he was a student there in the early ’80s. (Photo: Richard Siemens)

Hilda Lam was just a toddler when she first visited Augustana Campus, brought there by her dad Simon, a proud alumnus who’d attended as a student years before.

“I made a joke to her when she was two, if she’d like to come there,” he recalled. “She didn’t understand, but she could feel the environment, it was nice and warm.”

As it turns out, when Hilda was 16 and deciding where to go to study music, it was her father’s warm memories of campus that convinced her to enrol at the Camrose-based University of Alberta campus.

“He said the time he spent in Camrose was one of the most influential times throughout his young adulthood and Augustana was a second home for him. For me, it’s such a welcoming community and a nurturing place where we as students are allowed to find out who we are and to grow.”

The family legacy comes full circle as she graduates with a bachelor’s degree in vocal performance June 3.

The 21-year-old treasures her education in Augustana’s strong music program, which has helped her hone her skill and give voice to her love of classical singing.

“It’s very empowering. The professors are incredibly supportive and dedicated. They guide you every step of the way, but they don’t baby you. They constantly want to lift you up to be better and stronger.”

“My grandmother was very musical; she taught herself to play piano and wrote music for her church. I was born with it as well.” 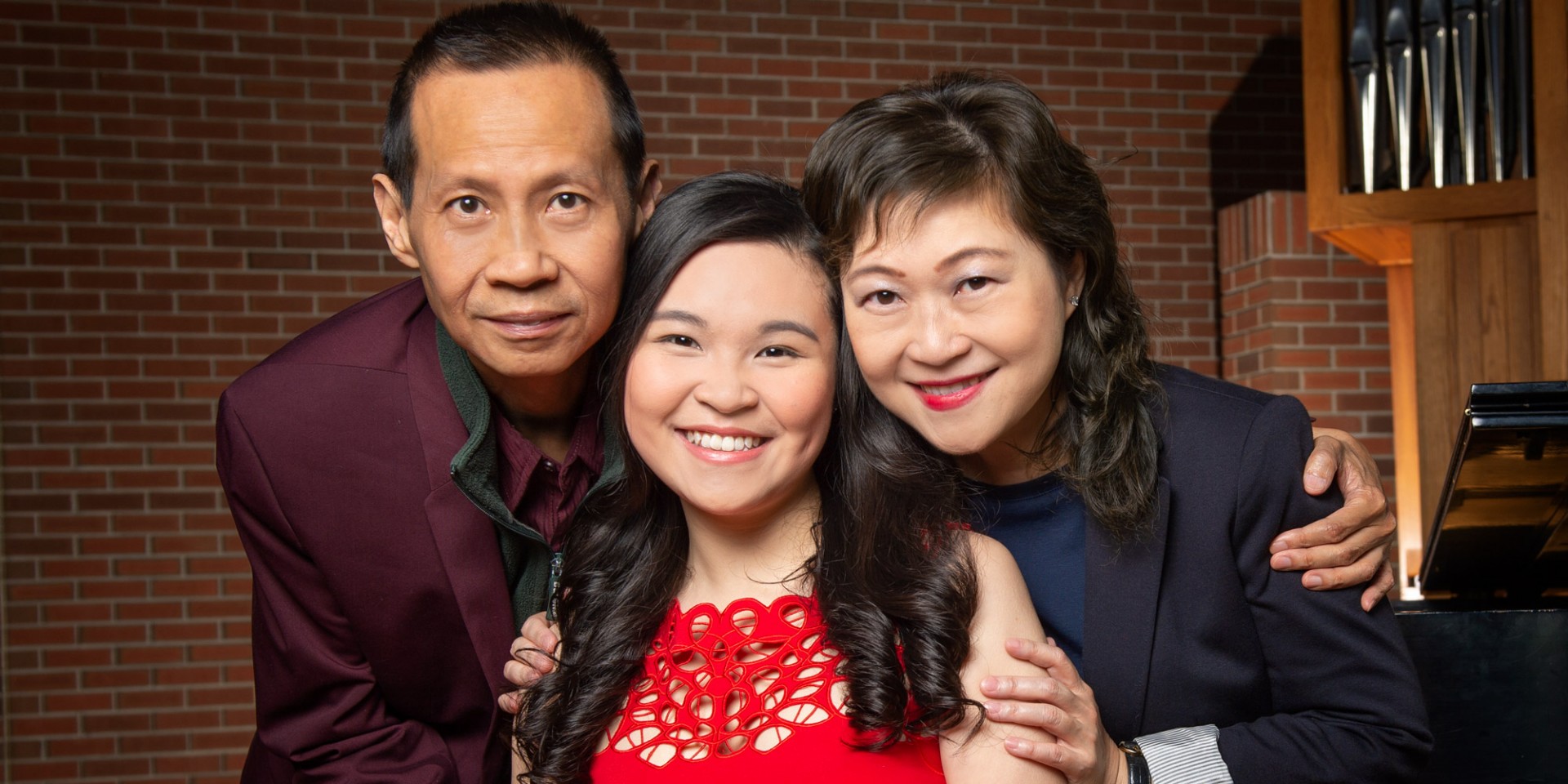 As a bel canto singer—which means “beautiful singing” in Italian—Hilda learned to sing in that language as well as French, English and German. She plans to continue her studies by pursuing a master’s degree in Ontario and after that, hopefully work as an opera singer in Germany or England.

No matter what stages she’s fortunate enough to stand on in the coming years, Hilda said she’ll take with her all that she learned through her U of A education. Particularly influential was a 2017 summer internship through the Franz-Schubert-Institut, where she studied in Austria with seasoned performers who helped polish her technique and artistry.

“Performing is a holistic experience—singing is very physical, it can also be very spiritual and emotional. I learned how to interpret a song, the technical aspects of singing, having stage presence and how to enjoy it—that’s the essence of performing,” she said.

As a student she sang for local audiences in Camrose several times over the years, and appreciates being able to benefit from Augustana’s unique, tight-knit musical community.

“They get to know you in first year and continue to come and support you whenever you perform. They became my friends because they shared that musical journey.”

Simon, who was on campus as an economics student in 1982 and 1983, when the school was then Camrose Lutheran College, also liked the friendliness he felt, and wanted that for his daughter.

“There was a harmony environment,” he said. And when he came back to visit Augustana 12 years after he first left, “the culture, the people didn’t change. They helped her succeed.”

Hilda is equally proud to have lived the same experience as her father.

“It’s pretty cool, just thinking he has been in the same classrooms, the same dining hall I was in. I finally understand how he felt when he was a student and what he means by Augustana being a second home to him, because of how supportive everyone is there, how encouraging.”